It has been a while since my last blog post...

Since then, Sayaka and I celebrated our ONE YEAR ANNIVERSARY!!!!
We didn't want to do anything too flashy and big, so we spent the day together going to my student's house, where she had a strawberry themed party! Her garden has a lot of strawberries so she let the kids from her art class come, if they drew her a picture with a strawberry in it. All of the kids were so cute and happy to be there. She prepared many types of snacks with strawberries in them too! Strawberry ice cream, fruit cup, soda, and other food too. After we stayed there and took several pictures, we headed to Kanayama to find something to eat. We ended up going to a buffet for 2 hours and enjoyed some great food that they had there! A nice relaxing anniversary date with Sayaka, we were both happy!

I also started a new hobby, which is DJing house music with my friend Ryan, who teaches in Kasugai, near me. He is also from the same city I lived in before I came to Nagoya, and has gone with me to many concerts, and we both have a love for music. Last weekend he had a small get together and we djed and drank and socialized, so I guess you can say it was our first DJ event. We want to practice more and see where it could take us...

Today or tomorrow I will be buying my ticket to Summer Sonic 2008! I went in 2006, skipped 2007, and now I am ready to go again! My first Summer Sonic I saw Daft Punk live for the first time. Daft Punk being the biggest house music act coming from France! This year will be my first time seeing Justice live, who is the NEXT biggest house music act coming from France! I will also be able to see Does It Offend You, Yeah?, Crystal Castles, and many other bands I can't wait to see! Ryan should be going with me and maybe a few other teachers in the area, so it should be a fun day of music!

OH! And Sayaka and I went to our first Chunichi Dragons game last weekend! It was a COMPLETELY different feeling than an American baseball game! Each batter has their own chant and cheer, people go crazy without alcohol, and the visiting team has their own section, going crazy and doing the same things! it is definitely more festive than the American version, and the biggest difference I noticed was that the field was shorter than the American sized baseball field. I felt like it wouldn't be TOO hard to hit a homerun!

Also I haven't made any music since my laptop died, and just yesterday, at work, I started working on the drums for my first new track in a while. I can't wait to put together another track, since I have been discovering a LOT of GOOD house/electro/french in the last month or so. I have TONS of inspiration now!

Now to the pics! 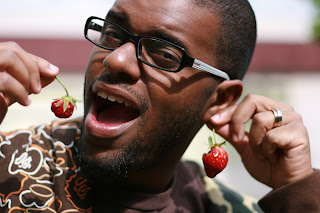 I asked my trainer if I could transfer after I finish my 3rd year, and he said it would be no problem! He even asked why I didn't ask before my first year ended, but I just recently found out it was possible.

So next July, I will be moving to Tokyo!

The reason I want to be there is the find a foreign (or Japanese) company to be their graphic designer, web designer, or anything not teaching English!

Nagoya is a little sleepy when it comes to foreign friendly careers, so I want to make the move!

A year and a month or so away from the big T!

Slowly getting my laptop to life...

So I can NOT recover the data on my old hard drive. So I lost a lot of pictures, my Outlook data files (which means I lost ALL of my clients, all of my schedules, birthdays, etc.) and who knows what else I had on there that I just wasn't keeping track of (stuff on desktop, important financial info and such).

I am slowly trying to get this back to a state where I can make music, receive and send email outside of a web browser. and go back to making websites...

This officially marks the second time in my life that my hard drive died while I was really enjoying making music. This time though, I had it all backed up!

So FUCK you fate!

Sorry, I am so pissed when I think about everything I lost...

So shortly after I wrote the blog from today, my laptop bit the dust. Well at last the hard drive did....

Yeah I can go buy a new hard drive and be up and running, but, yeah, Ilost all of my programs, settings, a lot of picture I haven't uploadedyt (and even getting ones I have uploaded back on my hard drive is a pain, sine I have to download them one by one...)
Luckily, I just backed up my music and music files to my external hard drive, but I did lose 20 gigs of free sounds for my music software... Thoe took FOREVER to download and I never got a chance to back them up!

For reference, I am using an Acer Ferrarri 4000. NEVER buy one or ANY other Acer product after reading this! This is just the latest problem I have had since buying it just over 2 years ago.

This is why I am saving up for a Mac Book Pro!

Oh yeah, I am able to use my Playstation 3 to check e-mail and write posts still, but that is about it, as the browser is very limited.

I would say so.

My first days were filled with laziness, carbs, and calories! Got to disk 4 of Lost Odyssey and just completing a lot of side junk now for fun.

Made some songs for some videos.

My plans didn't really come about until Friday night, when Sayaka and I went to Outback for dinner. Saturday we slept in a bit to catch the night bus that night with her mom to Tokyo to go to Disneyland. Before the bus,w e ate dinner though, and we all agreed, the food at that place wasn't so great!

The bus ride there wasn't too bad, I got off at one rest area to buy some candy, as I just had the taste of grape chu-hi on my tongue and it wasn't pleasant! Next time I awoke, we were within Tokyo's boundaries, but not quite to the Disney resort. I stayed awake for the rest of the trip, enjoying the view of my favorite city in Japan!

We did our breakfast buffet which was pretty good. The food, salad, fruit, yogurt, everything was sooo good!

Now the day before, was SOOO hot in Nagoya, that I bought 3 pairs of shorts, and wore one of them for the trip. This day, in Tokyo, was COLD and windy!

Throughout the day at Disneyland, it would start sprinkling quite often, then downright rain a few times during the day. I was definitely not dressed for it!

The day was fun, but definitely, the most crowded I have seen ANY Disney park, save California's on New Year's Eve! We waited 3 hours and 40 minutes, for Winnie the Pooh's Honey Hunt, which was better than waiting an hour and 50 minutes JUST to get a "fast" pass, which wanted us to return at 8PM, and it was 9AM... After the Pooh ride (which underwhelmed Sayaka and here mom because of the length of the wait, to length of the ride ratio was ridiculous) we went on Big Thunder Mountain. The wait here was about 2 hours and 45 minutes. This ride always satisfies me, so the wait was worth it! After this we ate, then went on Splash Mountain which was another 2 hour + wait! Our picture for Splash Mountain was soo funny, because Sayaka looked like she was going to die, her mom was smiling so big, and I looked super relaxed!

After Splash, we watched the Electrical Parade, which I really think Daft Punk was inspired by for their last tour... After the parade we did omiyage shopping and headed to the bus to go home. It was a looong ride home, because the little girl next to us decided to start crying for a good part of the trip, and I think she kept everyone up.

We arrived back in Nagoya Monday morning, which was around 17 hours before I would go see Gildas and Masaya at club Magos in Shin Sakae Machi.

We slept a bit and recovered, and the time to go meet my friend Ryan came and went.

We met at Hub which is a popular foreigner bar in Sakae, to go drink a bit. It is much cheaper to drink at a bar, than it is to drink at the club, so we always do this before a show! We met a guy named Mike that was half black and Japanese, lived in Hawaii for 10 years, so had a thick Hawaiian accent, but looked Mexican! I was shocked to find out his nationality, and that he was born in Nagoya! His English and Japanese were flawless. So jealous...

Anyways, we met with 2 more friends and headed to Magos. When we got there, the DJs that were on in the main room, weren't bad, if you don't consider the type of house that Gildas and Masaya play. Their style was a bit too slow for our liking. We moved to the next, smaller room, and got much better music! It was a shame these guys were not in the main room though! While partying in the small room, Ryan came and got me, and told me that Gildas and Masaya had just started, so we worked our way to the middle right side and partied there for like an hour or so! As usual we made friends/fans because us foreigners usually do a lot more than the 2-step at a house music show, so the Japanese party goers were amazed. At some point I realized "Hey, I want to be in the front by the DJ booth, so I gracefully made my way up there, bringing Ryan and our friends with me. We stayed there rocking out till Gildas and Masaya ended their set, and passed the turntables over to 2 Japanese DJs that were pretty much the same style as the star DJs. They even played a few of the same songs!

Overall, this show was one of the best house shows I have ever seen, and a lot more energetic than some of the bigger shoes. Maybe because of how small Magos was!

And that was that. The next day, Sayaka and I rode our bikes to 31 Flavors to get ice cream on the last day of their sale, then we went to get yakiniku and seriously ate so much we both wanted to throw up. Great huh?

And here I am, hours before my second day of work after vacation. Yesterday wasn't as bad as I thought. This is seriously the first and only job I have had, that I don't dread after a long vacation. That is a gooood thing!

The video with my song is UP!

SO I mentioned someone wanted to use my music for a video of cars using their products right? Well here it is!

It is his first video, and he is learning as he goes (he is not a video guy), but I like the way he got everything to fit with the pace and changes of the music.

Please check it out, and let him and I know what you think!

BTW the song is called Alta Loma, after ONE of many cities I have lived in.