"Stay Faceless", the song I recorded with Lowbrows, is on their MySpace! 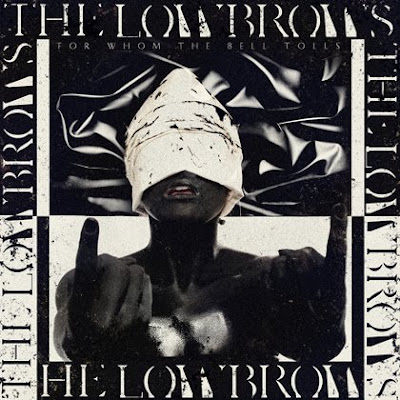 The Lowbrows, a well known production duo, consisting of Chaki (a musician and DJ) and Emi (a classically trained musician) are releasing their new CD December 24th (if everything works out) and I recorded a song with them!

The song is called "Stay Faceless", and they just put it up on their MySpace yesterday (Japan time). Go check it out!

Just so you know, yeah it doesn't sound like me, because the pitch was edited a lot, but everything is me, even the "Daft Punk" like vocoder parts. All production by The Lowbrows!

Go show them love on their MySpace and buy their album for Christmas if you are in Japan and love Electro!

I really wish I had the energy to do this post justice, but I have had a busy weekend!

I spent all yesterday (yes, this is not as late as the last post!) celebrating the marriage of my friend/old assistant manager Hiroko!

Started the day waking up late and doing laundry to the point of losing track of time and having to make my coworker wait for me, as I missed the train I should have caught to be on time. I caught the next train and made it there fine. We got to the ceremony hall and were happy one of the people there knew me, and helped us sign the guest book in English. Yes! She was a head teacher at another school and aparently was an on the job training person at Chikusa, while I was there, but I didn't recognize her! A while later, Hiroko's friends from Korea came, and I helped them out a bit since they speak NO Japanese. Yes, me, an America, helping with basic Japanese translation, for 2 people from Korea... Wait till the end, it gets better! The ceremony was much shorter than I was used to from American weddings (and being the first wedding I haven't really been a part of!) but Hiroko looked SOOO beautiful in her dress! She and her new husband looked sooo happy by the end of the ceremony!

This is where things were different from American weddings. IMMMEDIATELY after the ceremony, in the same place, the reception began! Lots of good food, and alcohol were consumed and all had a good time! Hiroko changed into a kimono, as did her husband, and both looked excellent!

Everything ended, and I returned home to change clothes and get Sayaka to go to the SECOND party. This is called NIJIKAI and is a party AFTER the reception for friends and coworkers. The ceremony is usually family only, but Hiroko invited her friends from Korea, my cowrker and I, so we all felt very honored to be there! The second party found my manager, head teacher, and staff from the Sakae school there, along with many other people, 120 to be exact! This is the biggest NIJIKAI I have been to (I have been to 5 before this, maybe 5...). It was at the same location as the first NIJIKAI I ever went to so I was looking forward to eating a bit of Chinese food (was still full from the French food from the wedding!). I socialized as much as I could and was ready to join the games every NIJIKAI has.

Now I never win ANYTHING at these. I hardly ever get a chance to compete, and when I have, I lost! Last night was different!

One question comes up and I only caught "Spaingo" which means Spanish. I asked Sayaka what the question was, and she told me "What does the word "AHO" mean in Spanish?" Many people raised their hands, but everyone was wrong. Here is where my High School Spanish classes paid off. I raised my hand, and in Japanese answered "NINIKU!" aka garlic! I was greeted with a CORRECT in Japanese, and everyone cheered for me. Surprised. Yes, here is a black American, at a Japanese wedding, winning a prize for answering a Spanish question. Only in Japan...

I had to choose 1 of 4 cards to see what prize I would get, so I closed my eyes, and got the onsen for couples! I was asked to give a greeting to the couple (only me, talk about on the spot and it was super short, but I made people laugh. I took a picture with the bride and groom as they congratulated me and went back hands in the air to my seat with my prize, but not before the game host asked me who I would take, and I said Sayaka and she stood up and was totally embarassed!

The rest of the night went on, lots of laughs, pictures, and fun and things came to a close. I took so many pictures, I still need to sort through them and upload them. Once I do, I will update this post, or make a new one.

I spent today, getting DJ headphones for my first big event on November 15th 2008, since my previous headphones were too weak for a club setting. I came home and began work on a new song, to celebrate my new purchase. Let's see if I ever finish this one! I have a ton of work in progresses I have yet to release...

All of this happened 2 weeks ago, but I have been insanely busy since this to write the blog, so here it is! Hope people still remember me!

This marks my first trip to Tokyo with my new iPod Touch 2G, which replaces my older iPod which replaces a need for friends when I travel alone to Tokyo!

During work on Thursday, I went to the 99 yen shop and bought an eye mask, toothpaste, cotton swabs, and a bath towel. I used the new eye mask on the way to Tokyo (on a bus with only 5 other people) and slept better than I ever have on a bus. I got to Tokyo station around 5:25 and went straight to Akihabara to do what? Find an internet café and SLEEP! I did sleep better than usual, but it doesn’t mean it was a lot! After I woke up, I went to a nearby Denny’s to grab some pasta for breakfast and then I ion exwas on my way to meet my friend Norm (who was visiting Japan for 3 weeks!). I call Norm around the time he wanted to be called, and was told he wouldn’t be ready for another 3 hours, so I headed to Shibuya, to just let the time go.

I went straight to Starbucks, sat and waited for a while until Norm showed up. We met near the station and headed to TGIFridays for a slow lunch, with lots of talking and reflecting on his time in Japan. After we ate I wanted to check out the Bape store, where we met a staff member who was born in Hawaii and spoke pretty much fluent English. Him and I convinced Norm to buy his first pair of Bathing Ape shoes! Nice!

As time went on, we did a lot of walking around, then made plans with other friends to go check out a club event in Omote Sando. So we wanted to pre drink, to avoid the expensive club fees for alcohol, so we went to Roppongi, Mistake and a half. Not just for time, but for the whole innocence that even a drug dealer could lose, just for saying the name, let alone going there.

Check out the pictures from the weekend!